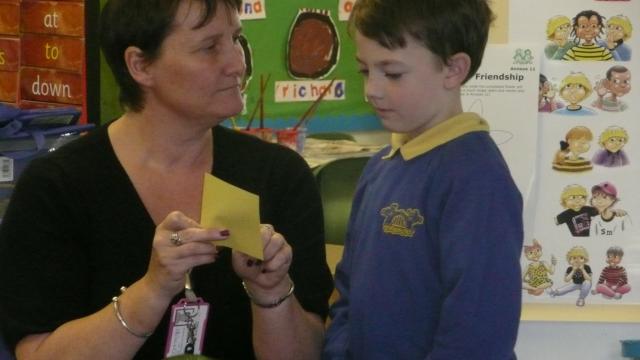 The Deputy Head teacher, working in a disadvantaged area of Newcastle delivers Zippy’s Friends in year two. With one of her pupils bereaved by suicide, she was nervous about delivering Module five of Zippy’s Friends, which focuses on change and loss, including death. However, as she explains, the experience was very positive for all involved.

“One of the boys in our year two class lost his dad in December. We reached Module 5 of Zippy’s Friends in Easter. Initially I was nervous going into the sessions and I was worried it would bring up issues I wouldn’t know how to deal with. I invited his mum in to the school before we started to talk to her about the sessions. She was pleased that we were going to tackle the subject, as it was something she found quite difficult.

Over the course of the sessions, we talked about how it felt to lose a favourite toy and then a pet and then someone you love. We also discussed that losing someone you love could be that they move away, as this is something many of our children have experience of. It was a really valuable chance for the children to talk honestly about their feelings that perhaps they didn’t want the person they’d lost to be in heaven, they wanted them here. We were able to talk openly that sometimes things are just really sad.

For the boy who’d been bereaved, he had previously been quite open to talk about it. The big benefit of Zippy’s Friends was that it gave other children the vocabulary to help. Other parents also weren’t sure how their children should handle it but the sessions meant the children were happy with those conversations.

We chose not to visit our local graveyard as the boy’s dad was buried there and I felt it wouldn’t be appropriate. Instead, we had the vicar from the church visit the school for that lesson.

In my experience, talking about death is something that teachers and parents shy away from but it’s not what children do. Zippy’s Friends gave us a structure and support for children to have those conversations in a helpful, sensitive way.

Sadly two more of our children have experienced parent suicides this year. It’s not something that is easy to deal with as a school. We have things in place such as individual counselling and use books such as Life is like the Wind. Zippy’s Friends is another resource we can use to support those children and empower the rest of the class to help them.”