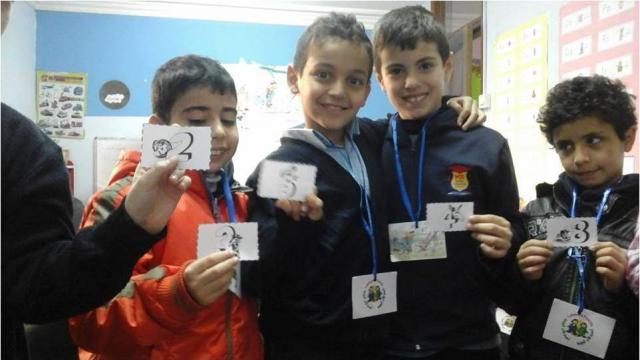 Zippy’s Friends has been running in Jordan since 2014, under the name Labeeb’s Friends, and teachers there soon noticed that it could help children who had significant issues.

One teacher told us:‘A girl in grade 2 literally ate things: pencils, erasers, paper, her classmates’ sandwiches – even though she had her own sandwich in her lunch box. One day she tried to eat her friend’s hair ‘because it's beautiful’. Academically she had difficulties. The school had tried (since she was in grade 1) to help her and modify her behaviour, but with no success. Her parents felt totally stuck!

In the Zippy’s Friends session about jealousy, she expressed very strongly that she felt jealous of her little brother and sister, and her friends and classmates. Her facial expression was incredibly strong! Together with her parents, we came up with a plan, and within two months there was a 180 degree change! Her bad behaviours completely stopped, and she improved academically as well.’

Another relates how the programme helped not only a bullied child, but the bully too.

‘A boy in second grade stood up in front of the class and told his classmate, who he used to bully, that he was sorry for his bad behaviour. He said that the boy he bullied seemed strong, and kept saying that he didn’t care about the bad things he (the bully) was doing to him. But when they read the Zippy story ‘Beating Bullying’, and saw the picture of Sandy sad at home, crying in her bed and afraid of telling anyone about her feelings, he thought maybe the classmate he bullied had the same bad feelings, so he decided to stop and apologise.’