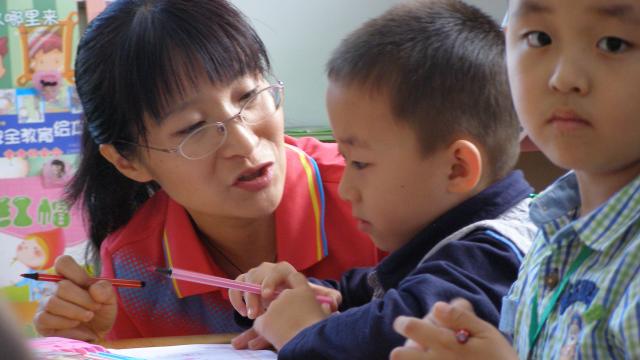 The Chinese official policy (now relaxed) of one child per family has created a generation of children nicknamed ‘little Emperors’, often doted on by two parents and four grandparents. These children can find it hard to accept discipline and get on with others, but a Chinese mother found that taking part in Apple’s Friends classes has helped her son.

‘My son Xingxing was a premature infant. Everyone in our family loves him so much, we are obedient and compliant to all his requests and demands, but this made him a self-centred boy. If one thing doesn’t fit his requests, he will get angry. He doesn’t get along with his peers in class, and he doesn’t listen to us either. However, Xingxing really likes Apple Friends and always talks about Apple at home. Therefore, when he gets angry, as long as we mention the principles of Apple, he will calm down and think, no longer crying and screaming.’