Congratulations to our partner organisation in Lithuania, Vaiko Labui who are celebrating two amazing achievements - 20 years of running the Zippy’s Friends programme in Lithuania in 2020 and the 20th Anniversary of their organisation this year!

The Zippy’s Friends programme was originally created in 1997 and Lithuania joined the second pilot programme in 2000-2001. The programme was then implemented in 2000-2002 by the Youth Psychological Support Center and the Education Development Center (later the Education Development Center. Vaiko Labui was established in 2002 to help children and young people in Lithuania develop social and emotional skills, and they’ve been running the programme ever since.

Zippy’s friends was originally implemented in Lithuania with the aim of helping to reduce rising number of suicides in Lithuania. However, Zippy’s Friends has exceeded these initial expectations. During the twenty years of implementation of the "Zipio draugai" program, a number of studies were conducted in Lithuania, aimed at evaluating the program effectiveness and quality of implementation. Studies have found that it has helped to improve the classroom environment, improved children’s ability to communicate with each other and teachers and overcome everyday difficulties, strengthened cooperation, helped them to develop self-control and empathy, and reduced negative behaviour.

The programme would not have been so successful without the support of friends and supporters in Lithuania. A large group of Lithuanian teachers, educationalists, and educational psychologists supports Zippy’s Friends. Many local councils also support the programme.

As part of their celebration of the 20th Anniversary of Zippy’s Friends in Lithuania, Vaiko Labui were invited by the President’s Chancellery to meet the President. Sadly, when they attended the meeting, neither the President nor the First Lady were able to meet with them. However, they met with the Adviser to the President of the Republic and some other representatives of the Education, Science and Culture Group and discussed Zippy’s Friends in Lithuania - what they have achieved, what they are doing at the moment and their plans for the future.

Following this however, Director Aurelija and Programme Coordinator Milda were invited personally to attend the celebration of the coronation of King Mindaugas at the Presidential Palace (Lithuanian national holiday) on 6th July 2021. This celebration is a big event in Lithuania, which is often celebrated at Presidential Palace.

Aurelija had the opportunity to speak briefly with the First Lady and told her about Zippy’s Friends and Zippy’s Friends for SEND and their achievements. Ukraine’s president Volodymyr Zelensky was also present, among other notable people. 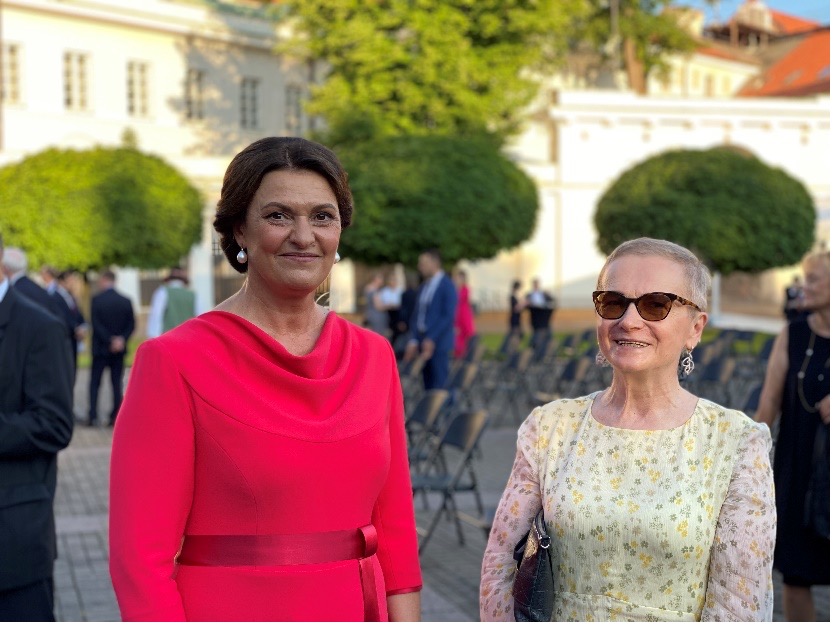 Congratulations to Vaiko Labui, thanks to your hard work and dedication over the last 20 years, 229,764 children in Lithuania have completed the Zippy’s Friends programme! Thank you for your continuing efforts to promote positive wellbeing for all children, we are very proud to work with you as a partner organisation and are excited to see what you can achieve going forwards!