Spotlight on Russia - Using the Rules against (state) Bullying

This was not the first time that the Prosecutor’s Office in Petrozavodsk in Karelia (north-west Russia) had tried to stop Zippy’s Friends in schools.  In 2012-13, apparently following a complaint from a parent, all schools in Petrozavodsk had had their Zippy materials seized as being ‘harmful to Russian children’. A panel of ‘experts’ was assembled to examine the manuals, but they found that there was no proof in the allegations.

Despite this, it took six months for Ilona Kosheleva, the Zippy Coordinator, to get her materials back from the Prosecutor’s Office, and only after Ilona complained that holding them was an offence against author’s rights. The materials came back with a letter confirming that Zippy’s Friends did not conflict with the Russian law ‘About education’, and was recommended for implementation in schools and kindergartens.

This time, possibly prompted by Ilona’s application for a visa support letter for Caroline to visit the Russian programme, the authorities took a different tactic. Without notice to Ilona, three Zippy schools in one Karelian district were issued with letters from the Prosecutor’s Office, stating once again that the programme was harmful to children, that various laws were being broken by teaching it, that they must stop teaching it immediately. The Zippy teachers from these schools were invited by phone to attend the Prosecutor’s Office for an interview. 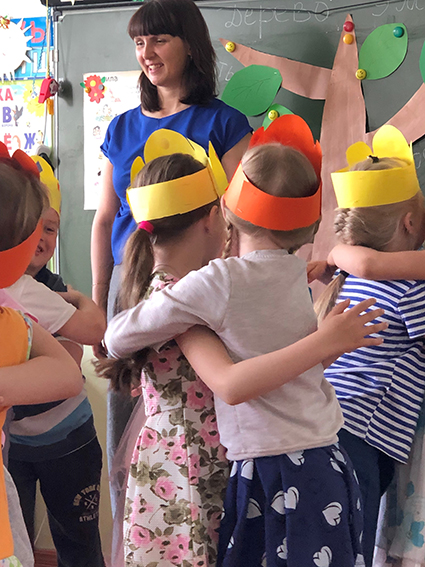 One of these teachers was Tatiana, an award-winning teacher from the nearby town of Shuya. Although officially on maternity leave following the birth of her daughter, she was still coming into school once a week (for no extra pay) to teach the Zippy class, on the express request of parents. Taking her baby daughter with her, she went to the Prosecutor’s Office and was grilled for over an hour, being repeatedly asked, ‘Why are you teaching this programme?’

Her school principal was instructed to punish her, and the vice-principal, with an official record of their ‘offence’. On top of this, the Head of the region was told to punish the District Educational Department head (who also is a Zippy teacher) and the three school principals for co-operating with Ilona’s NGO and running Zippy’s Friends in their schools.

At the same time a previous Minister of Education of the Republic of Karelia had issued a letter to NGO Sodeistvie, saying that it was working illegally.  When Ilona asked the new Minister to recall the letter, he told her that it wasn’t possible.  She would have to take the case to court.

Luckily for Ilona, she has a supportive husband, qualified as a lawyer.  In the court, the judge asked the Ministry of Education representative what the basis was for their letter.  To general astonishment, he replied, ‘Even if we had no evidence, we imagined that they were working illegally.’ The judge immediately found in Ilona’s favour, and ordered the Ministry to pay her legal costs.

We send our support and congratulations to Ilona and her teachers for their courage and determination to keep Zippy and Apple going in an increasingly hostile environment. It looks as if the Ministry and the Prosecutor could benefit from some Zippy lessons, in particular, the Rules against Bullying!